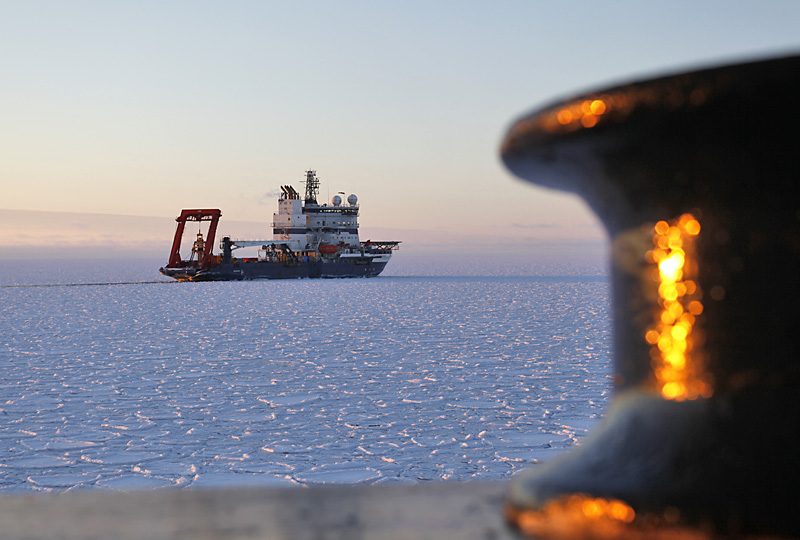 There has been quite a buzz about increasing transportation in the Arctic routes, particularly in the Northern Sea Route during this decade. The NSR has been envisioned to provide a new transport route from Europe to Asia, and Russia and China have both projected a major increase in cargo volumes transported via the NSR in the coming years.

Thus far, the Arctic hype has not materialized quite as expected. The total transportation volume along the NSR has been growing, reaching 5,4 million metric tons in 2015. This has been largely due to the large infrastructural development projects ongoing in the Russian Arctic (in particular in Sabetta and Yamal), shipments of oil and oil products, and intra-Russian transportation. The volume of international transit traffic has remained marginal, though, with only 18 transit voyages carried out in 2015.

In an ongoing research project, the Northern Dimension Institute has been interviewing companies in the Northern Dimension area with potential interest in the NSR. Interviewees acknowledge the NSR’s potential benefits, such as time and fuel savings, but only in very few cases have real interest in actually using the route in the near future. This is mainly due to the unpredictability and potential risks involved with the route caused by the harsh climatic and natural conditions. The level of supporting infrastructure and services along the route is also causing concern. For example, port facilities, search & rescue services, and communication infrastructure all need to be further developed to improve the safety of the route. Ensuring adequate icebreaking capacity at a reasonable and predictable cost is essential.

Furthermore, the prevailing excess capacity in shipping industry combined with low freight rates and low bunker prices provide no motivation for the operators to search for alternative transportation routes. Ships operating in the NSR need to be ice-strengthened, which requires considerable investments. In order to offset the cost of investment, the route would need to be navigable throughout the year instead of the prevailing roughly four months. With the current bunker oil prices and shipping costs, the NSR is not competitive compared to the Southern routes via Suez and Panama canals.

The development of the NSR into a major international transport route is thus very much dependent on developments both along the NSR (e.g. infrastructure & services) as well as in global shipping industry in general. However, it seems evident that the transportation volumes along the NSR will continue to grow in the future, but at least in the short to medium term it will remain a primarily Russian transportation route serving the Russian Arctic. The NSR is likely to become an important route for shipping oil, gas and other natural resources exploited from the Arctic Ocean and the Russian Arctic to Asia and Europe.
Increasing transportation along the NSR might also provide business opportunities for exporters of the Arctic knowhow, such as Arctic shipbuilders, service providers of maritime technology and those having winter navigation skills and experience.