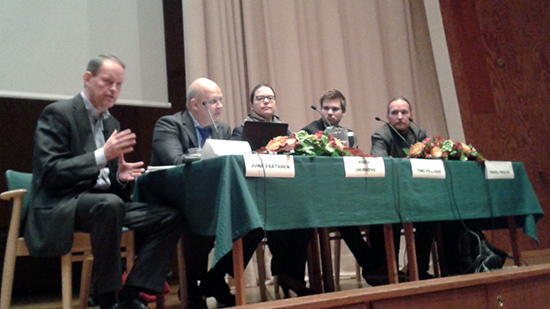 Young sectors, such as e-commerce, have grown considerably in recent years in Russia. Online retail has witnessed a huge 25 % annual growth, but is now stagnating – at least temporarily – due to a range of reasons.

Huge growth during the past five years

Internet penetration has been growing rapidly in Russia during the past few years reaching now 59% of the adult population. With over 70 million people using internet monthly, Russia has the biggest online audience in Europe. Also online retail has been growing at least 25% annually. Globally, Russia ranks ninth in total e-commerce turnover (EUR 15,5 billion in 2013, after e.g. USA, China, Japan, Australia, UK, France and Germany), and is the number one emerging e-commerce country in Europe ahead of e.g. Spain and Italy.

Roughly 30 million Russians shopped online in 2013, which constitutes 23% of the adult population. Some 10 million of them shopped in foreign online stores buying 38 million parcels. The volume of cross-border e-commerce has grown 50-100% a year when measured in the number of sold parcels. The cross-border market sales total currently about 3 bn USD with Aliexpress and eBay capturing the lion’s share of it.

According to Data Insight (Russian research agency specializing in e-commerce market), there are over 200 000 Russian domains that can be labeled web-shops. However, only some 80 000 of them have more than 20 visitors a day, and 97% of the 80 000 web-shops have less than one order per week. In other words, the market is fragmented and 3% of the web-shops cover 90% of the total market.

The most popular items sold are electronics, clothing, children’s goods and home items. Although the sales of real goods dominate, digital goods’ and tickets’ sales now grow faster (+36%/year). Also, the online sales of smart phones have grown three-fold in the past four years. There are huge item-specific differences in time from first visit to checkout. For example, books and furniture are bought within one hour, whereas fashion often takes four days to buy.

The potential for online shopping is promising. As the number of internet users continues to grow, also the number of online buyers is expected to keep growing. Currently, Moscow rules in online sales, as about 40% of purchases take place in the capital, St Petersburg coming second with a 9% share. However, the regions are catching up fast.

Currently, online retail accounts for 2% of the Russian retail market, compared to 5-10% in the Western Europe. It has been estimated that the share of online retail would reach 5-7% in the near future. However, this year is showing a decline. Both the e-commerce traffic and growth of sales have slowed down.  Nevertheless, there is still a clear increase in the sales of digital goods and tickets.

Even if the number of sales is declining, the average amount of orders in rubles is still growing. For example, the online sales in the 200 largest online stores increased 15% between August 2013 to August 2014, but about half of them had less orders than a year ago. Also, the new limits for cross-border online purchases (150 eur) may affect electronics and luxury goods markets. The majority of cross border purchases cost less than 40 euros.

The current challenges of the Russian economy, with almost zero growth in 2014, undermine the so far mushroom growth of e-commerce. Also, consumer income is shrinking and the exchange rate dynamics has made goods in US dollar price almost 20% more expensive to Russian customers.

The Russian online retail business is plagued with obstacles. The payment infrastructure and logistics with customs and delivery are problematic. Most deliveries are carried by couriers and about 20% are self-deliveries from the store or warehouse. The Russian post is facing new challenges due to the rapid increase of online purchases from abroad. This has resulted in up to two month’s delays in deliveries. The users also complain of lost or broken parcels. Lack of trust in online payment security is a big barrier for online business in Russia. Most purchases are paid by cash on delivery, and only roughly 20% of payments are made by bank card online.

Russians have a short online shopping history, on average three years compared to eight in the USA, and the number of first-time buyers is considerable. Also, several prominent retailers, such as Magnit, Lenta and Metro, are still absent from the online market.

The majority (64%) of online shoppers are female, and mostly between 30-39 years old. However, men tend to spend more online than women as they buy more expensive items (car parts, mobile phones, computers). The average age of an online shopper is 44 years.

When choosing an online store, Russian shoppers are mostly driven by the prices, convenience of online shopping, and by the better selection of goods available online. Also, Russians point to the need to trust the store.

The Russian e-commerce market differs from the West in many ways. More than 90% of the Russian internet users use social networks. Therefore, it is of utmost importance to find the customers in Russian sites (Yandex, Vkontakte, Odnoklassniki, mail, google, youtube), communicate in Russian language, and to build trust to customers. Customer service is of utmost importance as Russians want immediate answers to their questions with maximum 15 minutes waiting time.

The article is based on a seminar organized by the Finnish-Russian Scientific and Technological commission’s Working Group on Social Sciences in cooperation with the NDI in Helsinki, 10 October 2014