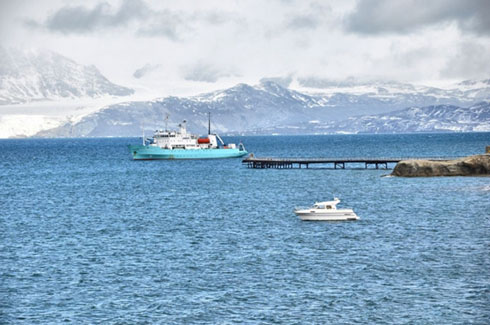 Northern (Arctic) Federal University (NArFU) organized in cooperation with the Northern Branch of Russian Federation Agency for Hydrometeorology and Environmental Monitoring (ROSHYDROMET) the marine research and education expedition “Exploring Russian Arctic” within the framework of the project “Arctic Floating University – 2015” in July.

On July 21, a ceremonial reception of the Arctic Floating University – 2015 participants was held at Northern (Arctic) Federal University (NArFU). The university administration and representatives of the Government of the Arkhangelsk region greeted the students and researchers. Several prominent Russian researchers, among them Artur Chilingarov, a famous polar explorer and politician, and Viktor Sadovnichiy, Moscow State University Rector, also sent their congratulatory letters, highlighting the importance of the expedition for the development of the Arctic research.

A press conference after the celebrations was dedicated to the preliminary results of the expedition. The participants spoke about the goals achieved, difficulties they had to face and their impressions.

The expedition passed 3351.5 nautical miles (6208, 988 km) in the White, Barents, Pechora and Kara Seas. Total travel time was 20 days and eight hours. The ship went through three storms that required changing the itinerary of the expedition.

Despite the changes in the route, planned research work has been carried out in full. Participants disembarked 9 times to land. 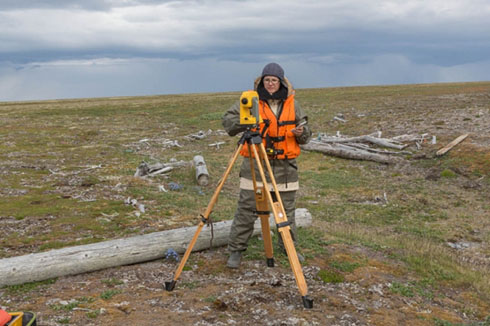 During the expedition, a number of land researches integrating a whole complex of interrelated areas (study of vegetation, soil chemistry, animal world, history and culture, physiology, psycho-physiological and psychological research and study of meteorological conditions) were carried out. According to Constantin Zaikov, Director of the Arctic Center for Strategic Research, the collected data will be employed for creating a monitoring system for the prevention of emergency situations in the Arctic.

Boris Filippov, NArFU Vice-Rector for Research, pointed out a slight change of perspective in this year’s expedition. If the initial project was purely educational, now it tends to combine research and education. Mr. Filippov also added that the university is determined to make every effort in order for the project to continue.

‘AFU is a unique project in global experience’, observed during the press conference Sergey Goryachkin, Head of the Laboratory of Geography and Soil Evolution under the RAS Institute of Geography. ‘It is a very logical initiative with two fundamental tasks: teaching the students to work in the Arctic conditions, and gathering of important scientific information. The expedition allowed us to come to a new understanding of the Arctic and the law of natural zoning. We could not only see changes in the zones but also realize that this is a very complex mosaic structure.  In fact, we are talking about revising the geographical zoning’. 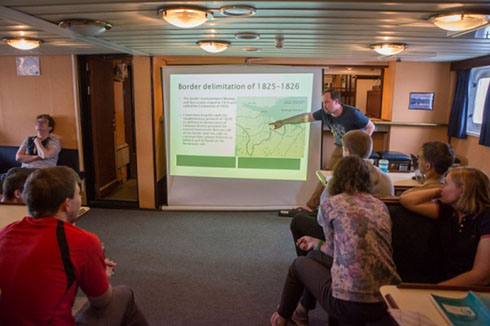 The university is determined to make every effort in order for the project to continue.

For more information on the Arctic Floating University — 2015, please see the expedition diary (in Russian) at www.narfu.ru.